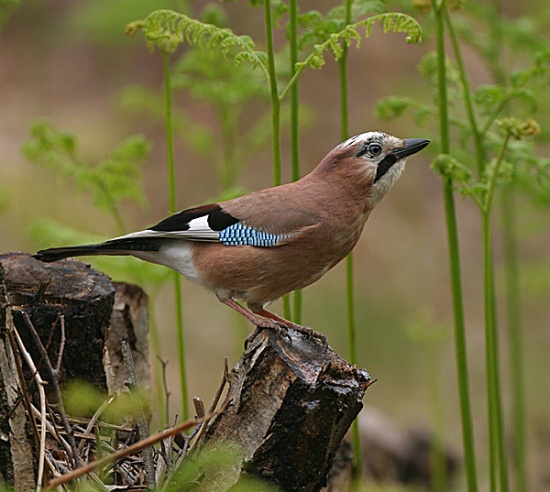 A bird from the nominate group
Photo © by Steve Round
Wirral, Cheshire, UK, 12 May 2004 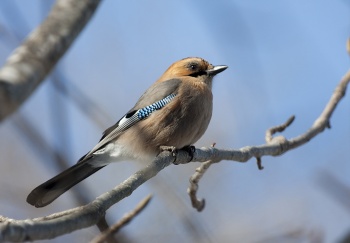 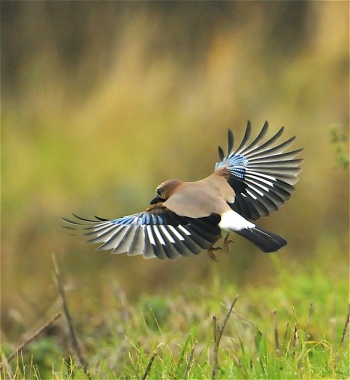 Occurs in most of Europe, North Africa, the Middle East, Siberia, China, Japan, the Himalayas and Indochina.
Mainly resident but occasionally irruptive in far north of range and can result in birds of northern subspecies occurring in winter. 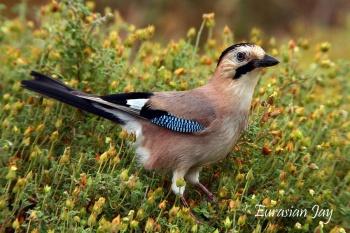 Subspecies G. g. atricapillus (Showing the black cap which stops a little short of the beak by a white area. In addition there are light coloured feathers around the eyes towards the nape.)
Photo © by scottishdude
Lesvos, 27 April 2010 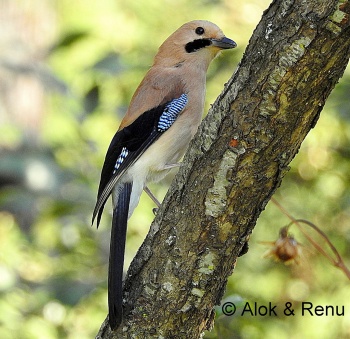 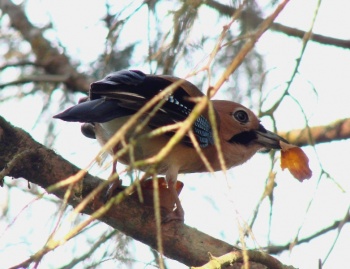 More than 30 subspecies of this bird have been described with about 20 from the Western Palearctic. These fall into several groups with the nominate group found over most of Europe[1],[3].

DNA reserach has shown only minor differences of small significance.

Mainly deciduous woodland and forest, and oak in particular. Also in mixed forest, orchards, town parks and large gardens, and coniferous forest in the north and east of the Region. 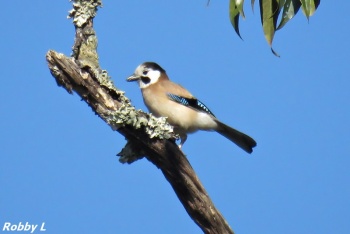 Usually a very shy and wary bird, keeping in dense foliage. However, in city parks birds can become very confiding. Normally solitary or in family groups.

An omnivorous feeder. The diet includes invertebrates (notably caterpillars and beetles) but also eggs and nestlings and a wide variety of seeds and berries. Does visit garden bird tables where unmolested.

Breeding starts in April in most of Europe. A pair stays together several years, possibly even lifelong. The nest is built by both sexes. It's a platfrom of twigs, placed some 4 to 6m above the ground, usually well concealed by foliage and near the tree centre. Lays 3 - 10 eggs (chiefly 5 - 7) which are incubated 16 - 17 days by the female. The nestling period is 19 - 23 days.

The alarm call is a harsh, rasping screech. It is a great mimic.

Search for photos of Eurasian Jay in the gallery

Search for videos of Eurasian Jay on BirdForum TV