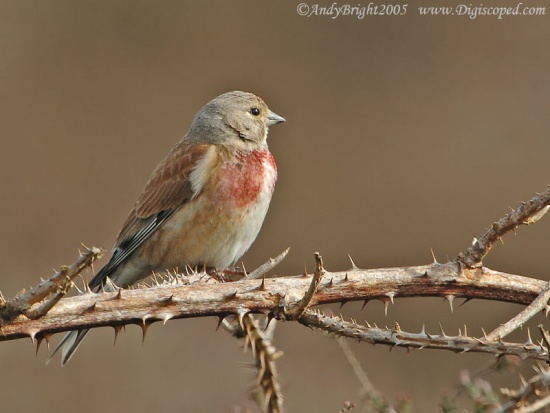 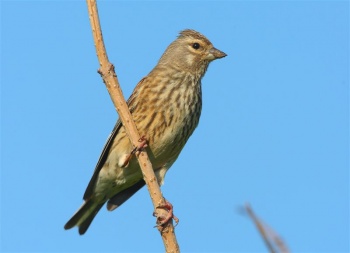 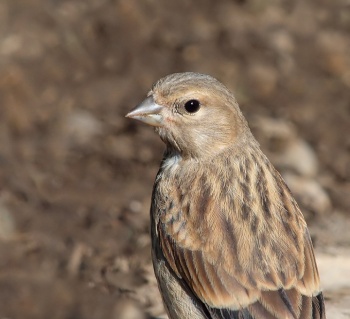 Widespread and generally common over much of the region. Breeds throughout the British Isles and from western France and Iberia east to the Urals reaching north to southern Norway, southern and eastern Sweden and central and southern Finland. In the south occurs on Madeira and the Canary Islands, northwest Africa and most larger Mediterranean islands, Greece, Turkey and the Caucasus and the Middle East.

Northern and eastern birds are migratory, leaving breeding areas in September-October to winter chiefly within range of southern breeders and along coast of North Africa, returning in late March-April, those elsewhere partial migrants or resident.

Vagrants recorded north to Iceland and Lapland and south-east to Kuwait. 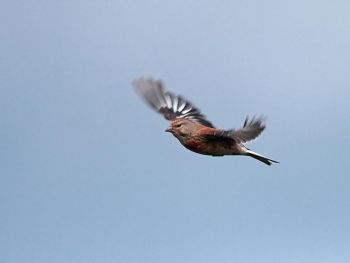 L. c. nana is not recognised by all authorities[2]

In winter forms large flocks often with other finches and feeds on stubble fields and other cultivated areas, along shorelines and on waste ground.

During the winter can form large flocks mixed with other finches, including Twite.

Its food mainly consists of seeds.

Search for photos of Common Linnet in the gallery