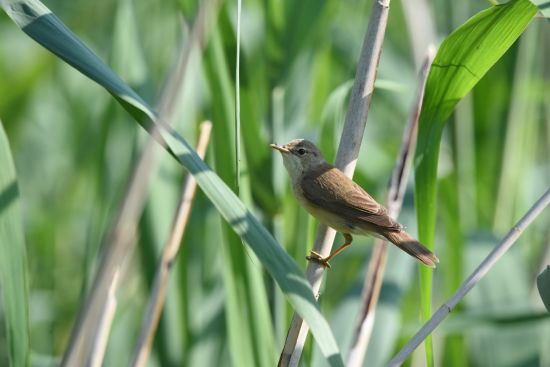 12.5cm (5 in)
Brown with a rusty tinge. Paler underparts with a whitish throat. Thin brownish bill. Legs dark brown.
Juvenile is very similar to the adult but rather brighter with tawny-orange tints to upperparts. Legs flesh-coloured. 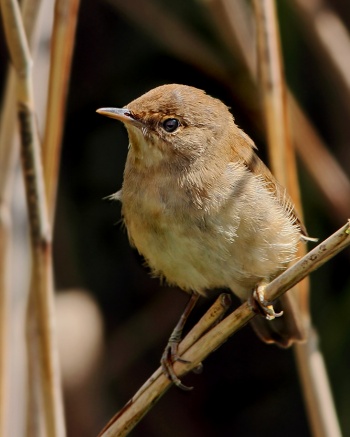 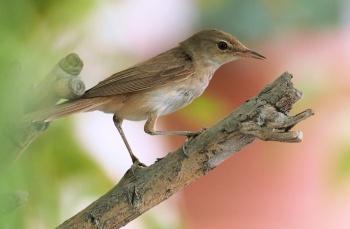 Reedbeds and some bushes.

The diet includes mainly insects, though some berries are taken. 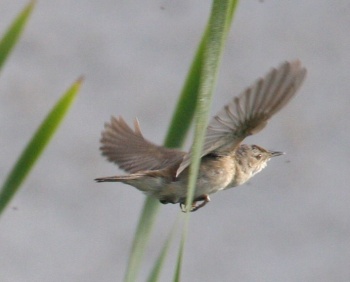 A monogamous species.
They build a basket-like nest in reeds. The clutch consists of 3-5 eggs, which are pale greenish-white with dark specks or splotches. The young fledge after 10 or 11 days.

It is brood parasitised by the Common Cuckoo. 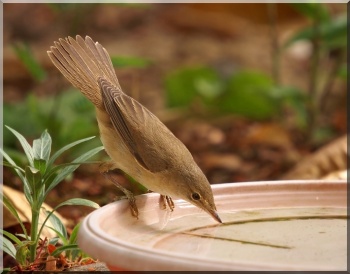 Search for photos of Eurasian Reed Warbler in the gallery

Search for videos of Eurasian Reed Warbler on BirdForum TV