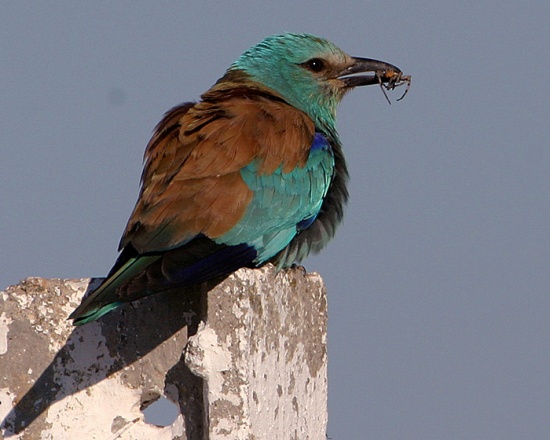 Sexes are similar, but the juvenile is rather drabber. 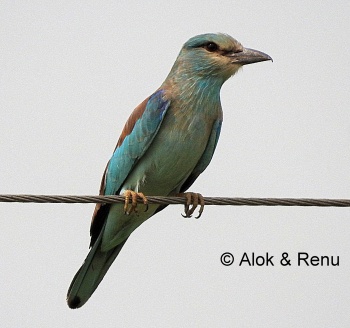 Breeds in much of Iberia and southern France, Sardinia, Sicily and parts of Italy, and from Slovenia north to Poland and the Baltic States and east to Kazakhstan and south-west Siberia. Occurs throughout Turkey and on Cyprus, in north Syria and and small area of Israel and Jordan, over much Iraq and Iran and east to Kashmir and western China. Also breeds across much of North-West Africa. Has long been in decline over much of range, especially in the north, probably due to climatic changes and habitat loss. Formerly bred in Germany, Denmark, Sweden and Finland and once more widespread in the Middle East.

A summer visitor to breeding range leaving in August-October to winter mainly in East Africa. Return movement in April-May.

Frequently overshoots and vagrants recorded north to Iceland, the Faroes and elsewhere in northern Europe, also on the Azores and Madeira, Canaries and Cape Verde Islands. Vagrant to Britain but not recorded annually. The c.240 British Isles records are spread over May-October, mostly May-July with a smaller peak in September, and the majority are in the south and east of England but also north to Shetland and west to Skokholm.

Apart from C. garrulus, no other roller breeds in Europe. 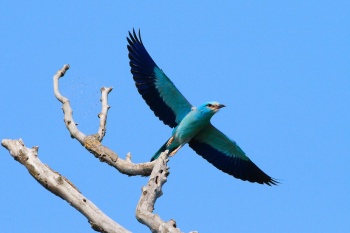 Open pinewoods and edges and clearings in oakwoods, also trees along canals, rivers and roadsides, in cultivated areas with scattered trees, often in steppe and semi-desert in the east of the range.

Inclined to sit openly on trees, posts or overhead wires.

Migratory, most wintering in Africa, south of the Sahara.

Search for photos of European Roller in the BirdForum Gallery

Search for videos of European Roller on BirdForum TV