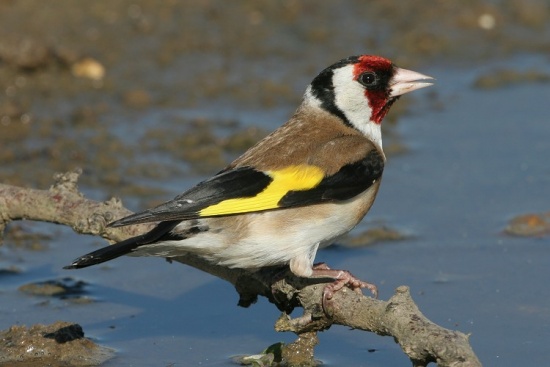 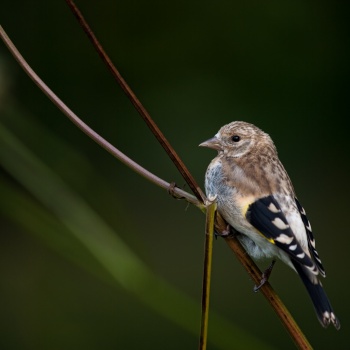 Sexes similar but male has a larger red mask reaching just beyond the eye in some individuals. The feathers covering the top of the beak are generally black or dark brown in males and light tan to white in females and this holds true for juveniles and adults. Some individuals are intermediate and difficult to sex in the field.
Juveniles 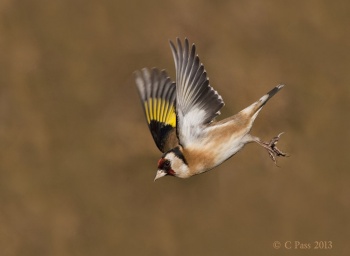 Can form large single species winter flocks, or be found flocking with other finches.

The main diet consists of seeds, particularly from thistles and teasels, insects are fed to the young. A regular visitor to garden bird feeders.

The nest is placed in the fork of a small tree or bush. It is made from dead grass, rootlets, thistledown, wool and cobwebs. The clutch consists of 5 bluish-white eggs which are covered in grey and brown spots. Incubation lasts about 2 weeks, the young fledging after a further 2 weeks.

There may be up to 3 broods in a season which runs from April to September.

Search for photos of European Goldfinch in the gallery