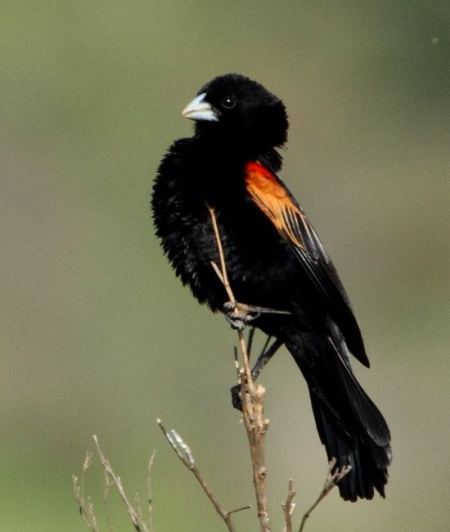 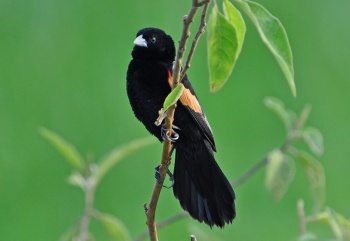 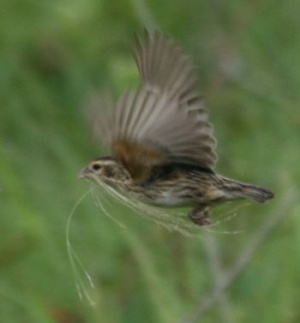 The male sings from an elevated perch and in flight: a series of twittering and chirping sounds. 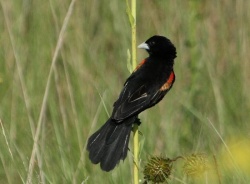 Polygynous; male defends a territory of up to 0.6 ha and breeds with up to four females in a season. The oval nest is built using grass and has a side-top entrance. It is located in marsh or rank vegetation within 0.8 m of the ground. Two to three eggs are incubated for 12-14 days by the female; the nestling period is 15-16 days.

Search for photos of Fan-tailed Widowbird in the BirdForum Gallery