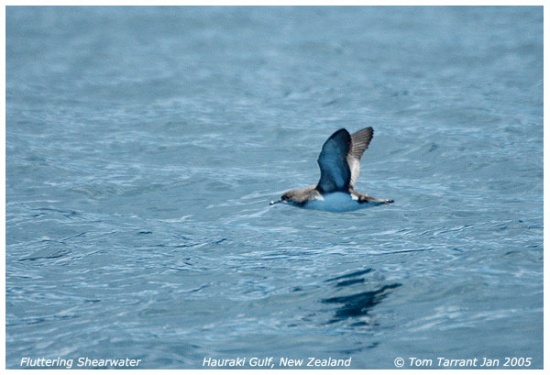 Breeds on islands off the New Zealand's North Island and Cook Strait, plus in Marlborough Sound.

Juveniles and non-breeders travel to south-eastern Australia (April-Setember in Queensland, July to November further south), New Caledonia and Vanuatu. May stay for 2 years.

Can be very social at sea, both within the breed and with others.

In flight, has bursts of rapid wing beat, followed by short glides.

Search for photos of Fluttering Shearwater in the BirdForum Gallery