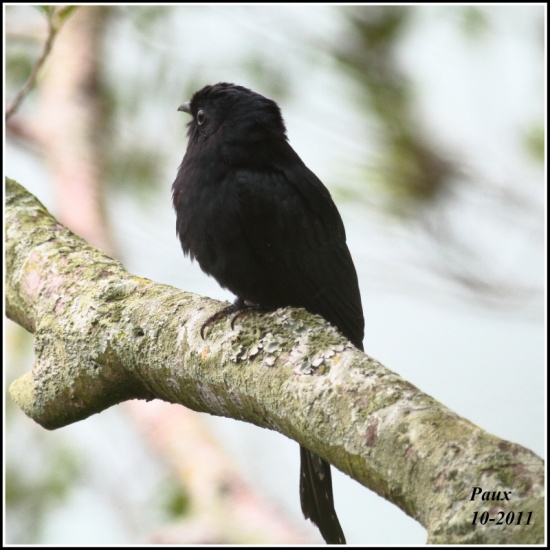 
From Drongos by thinner slightly down curved beak, forked tail (slightly) with white barrings on vent and under tail coverts.

Found on the Indian Subcontinent including Sri Lanka.
Northern populations are migratory.

Keeps to the canopy and the crown of tall trees. Does not chase insects from a open perch in the manner of drongos.
A known brood parasite of Striped Tit-Babbler.
Very vocal.

Search for photos of Fork-tailed Drongo-Cuckoo in the gallery