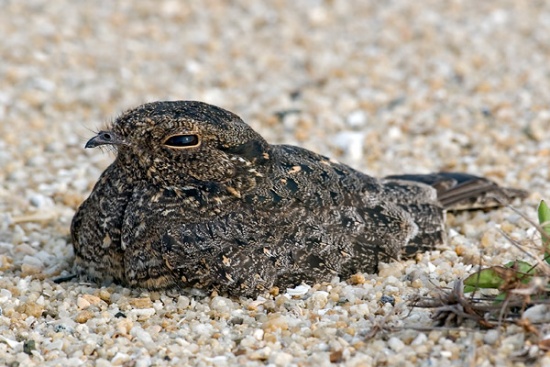 From Large-tailed Nightjar by the slimmer appearance and short tail and lacking the bold markings on the upperparts of the former.

The India subcontinent east to south China, Southeast Asia to the Greater and Lesser Sundas, Sulawesi and the Philippines.

Usualy solitary but small parties of three or four may hawk for insects together. Very vocal in flight,which is swifter and more erratic than Large-tailed Nightjar. Often seen sitting on tracks at dusk.

A harsh rasping high-pitch CHWEEZ uttered both in flight and at rest.

Search for photos of Savanna Nightjar in the BirdForum Gallery