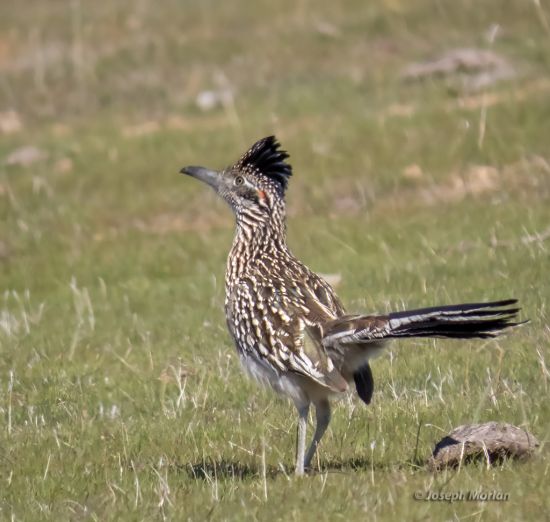 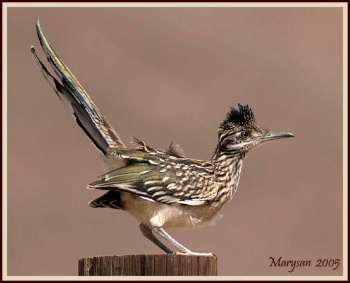 
Usually seen walking or running along desert terrain, weaving skillfully through openings in fences or underbrush. 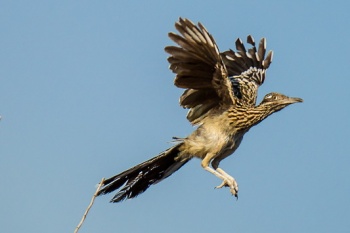 Most authorities now classify this as a monotypic species[1]. In the past up to four poorly differentiated subspecies were recognized: californianus, kongligi, conklingi, and dromicus[2]. 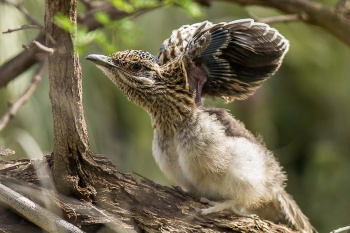 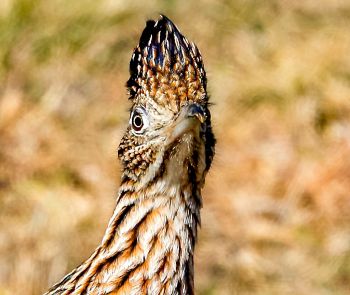 Spends most of its time on the ground, often solitary. Flies with reluctance, especially if threatened, when it will fly into brush cover to hide. Flying is more of an open, extended-wing gliding, from the nest or other high perch.
Can be quite tame where not persecuted. This fairly common member of the cuckoo family (Cuculidae) was called the Ground Cuckoo in centuries past, because it was often seen running along in front of carriages. They can still be commonly seen darting across or along roads, although at a peak speed of 15mph, they can no longer keep up with traffic.

Runs to catch snakes, lizards, small birds and rodents. One of the only animals known to attack rattlesnakes.

Resident. Pair remains on territory all year and in successive years.