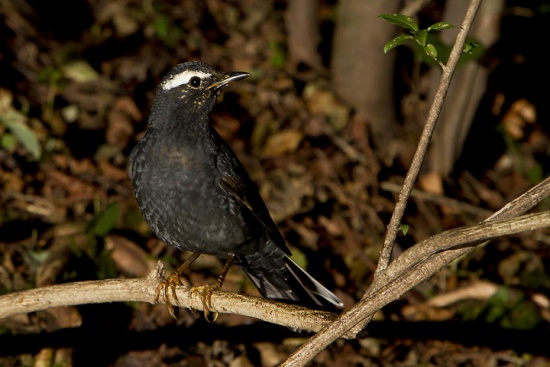 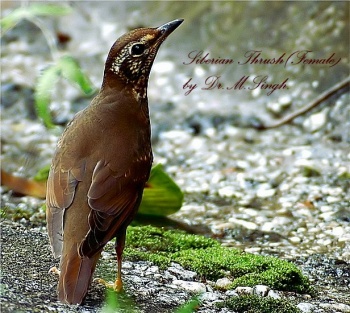 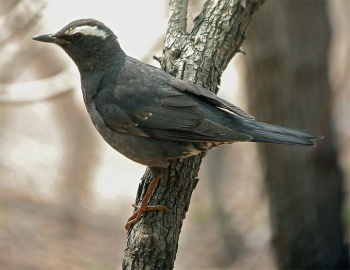 Usually solitary or in pairs, frequenting the ground storey where it usually skulks in the undergrowth.

Sometimes feeds in the open. Often feeds in fruiting trees with other migrant thrushes.

Search for photos of Siberian Thrush in the gallery

Search for videos of Siberian Thrush on BirdForum TV