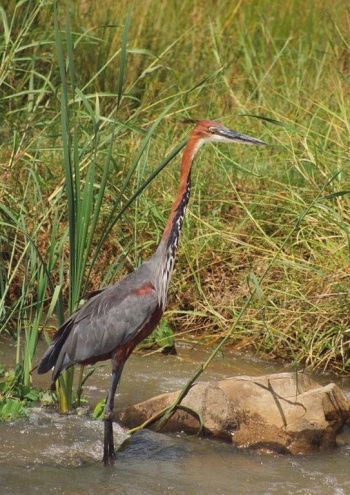 135–150 cm
Chestnut head, neck and underparts distinguish it from all other herons.
Sexes similar

Africa, possibly also in India.
Breeds widely but discontinuously across sub-Saharan Africa from Senegal to Ethiopia and Somalia and south to eastern South Africa. Has been recorded on Madagascar.

There are also occasional records from the Nile Valley especially Lake Nasser, more regularly on the Red Sea coasts of Egypt and Arabia but rare north to the Gulf of Aqaba and has also been reported from Kuwait, Syria and the Hula Swamp in Israel. Formerly occurred in the marshes of southern Iraq but current status there is unknown.

Rarely seen and little-known further east but recorded from coastal Iran and Pakistan to Bangladesh and south to Sri Lanka. 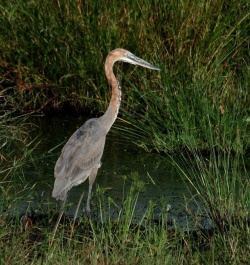 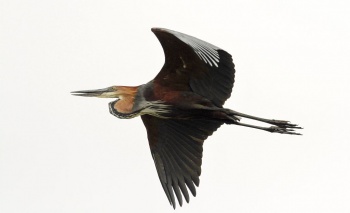 Search for photos of Goliath Heron in the gallery