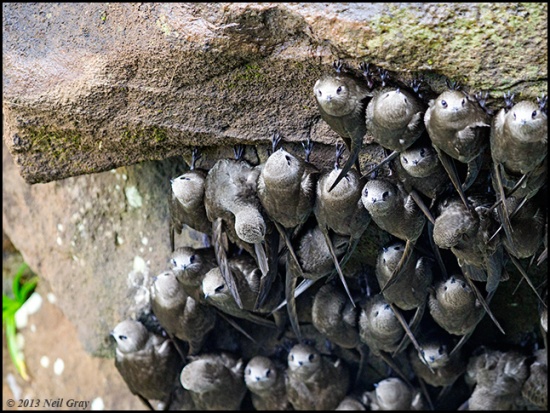 With 18cm a large Cyspeloides Swift. 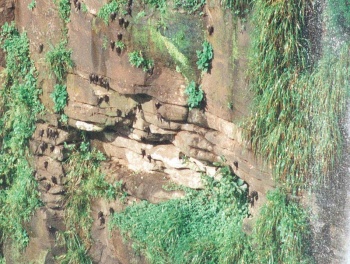 Sightings of this species are almost guaranteed along the lower trail at Iguazu Falls in Argentina.
Common in most part of its range and not globally threatened.

Placed by some authorities in genus Aerornis, sometimes together with White-naped Swift.

Found around waterfalls which it uses for breeding and roosting. From lowlands up to 1000m.

Clings to vertical walls next to, or behind active waterfalls in small colonies. Like other Swifts a gregarious species, feeding usually high over the forest canopy, often together with White-collared Swift.

Feeds on insects, taken in flight.

Breeds in colonies, near or even behind waterfalls. Unlike other species the Great Dusky Swift also breeds in direct sunlight. The nest is a disc-shaped conem made of moss and pebbles, hold together with mud.

Search for photos of Great Dusky Swift in the gallery