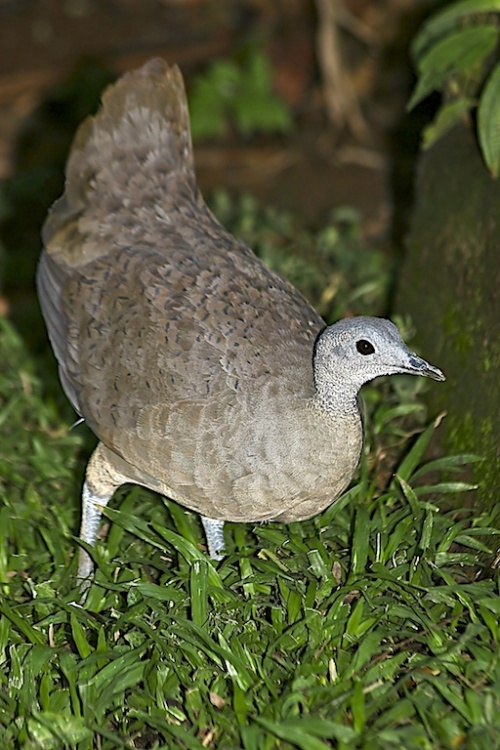 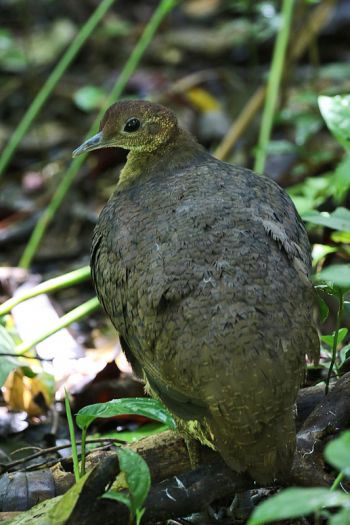 From southern Puebla, Vera Cruz and Oaxaca in southern Mexico to Panama, and in northern South America from Colombia and Venezuela south to northern Bolivia and western Brazil. Resident.

There are 12 subspecies[1]: Central American Races:

Rainforest and cloud forest from sea-level up to 1,500m and often near water. Nests at the base of a tree and roosts in trees. Fairly common over much of range and less secretive than some other tinamous, though more often heard than seen, usually solitary.

They eat a variety of fruit, seeds and berries.

Search for photos of Great Tinamou in the gallery