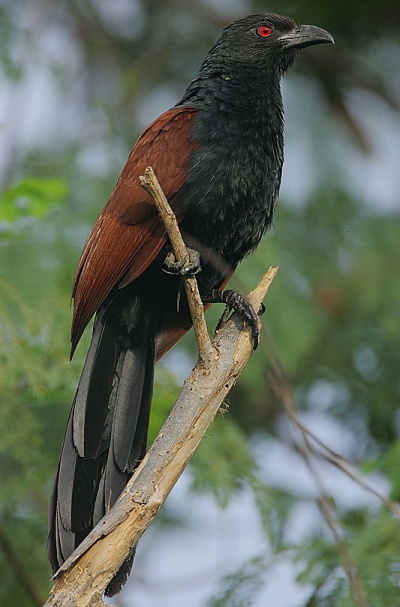 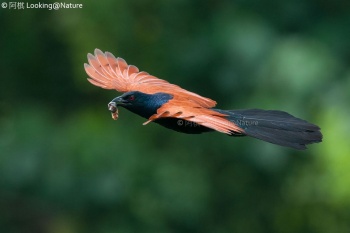 kangeanensis has pale buff head and body and a grey tail, also a dark morph with grey throat and mottled grey breast

Found in southeast Asia from India east to south China, Indochina and Indonesia.
Widespread and common in most of its range.

Forms a superspecies with Andaman Coucal. parroti is sometimes split as Southern Coucal. 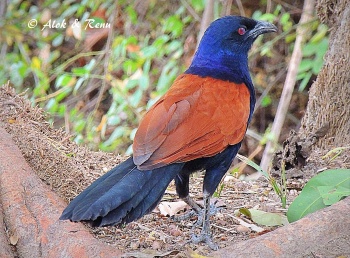 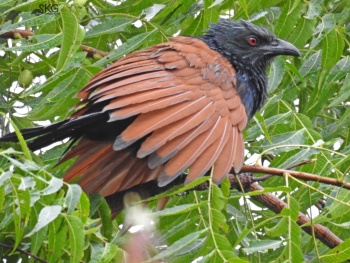 Wanders around like a pheasant, but walks more like a raven. The are well known for sunbathing with wings open wide.
When disturbed they make short flights with shallow wing beats and brief glides into cover. 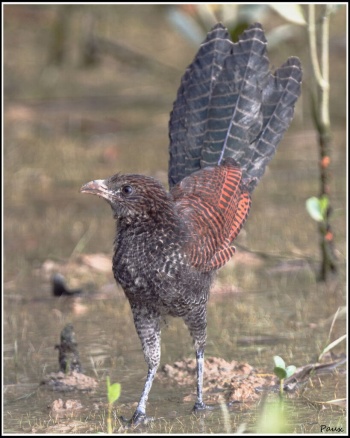 Breeding season in the rains, mainly from June to September in northern India, all year in southern India and Sri Lanka. A monogamous species. The nest is a large globular cell made of twigs and leaves and with a lateral entrance. It's hidden in a thick bush or low in a thorny tree or in a paddfield. Lays 2 to 4 eggs.

Recording by Alok Tewari
Keoladeo National Park, India, June-2013
One individual sitting on top of a stunted tree and calling during peak summer. Calls by Indian Peafowl, Jungle Babbler, Grey Francolin and White-breasted Kigfisher can also be heard in the BG.