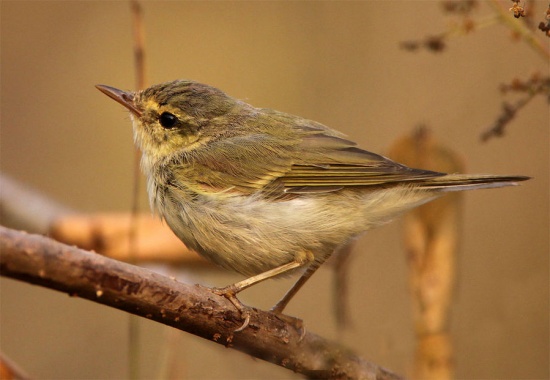 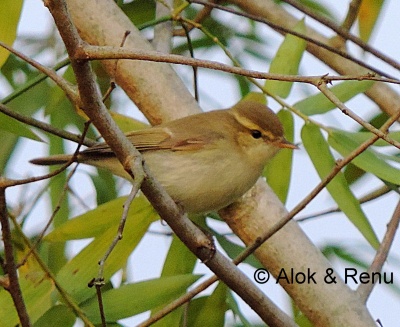 It has a single wing bar unlike most similar species, except Arctic Warbler, which is slightly larger and has a thicker bill.

This species occurs as a spring or early autumn vagrant in western Europe and is annual in Great Britain.

Two-barred Warbler and Green Warbler are sometimes included in this species.

Mixed birch woodland and conifer forests, both lowland and montane. Breeds up to heights around 4500 m.

This warbler is strongly migratory.

It breeds in lowland forests. The nest is on the ground in low shrub.

The diet consists mostly of insects.

Its song is a high jerky trill.

Search for photos of Greenish Warbler in the BirdForum Gallery