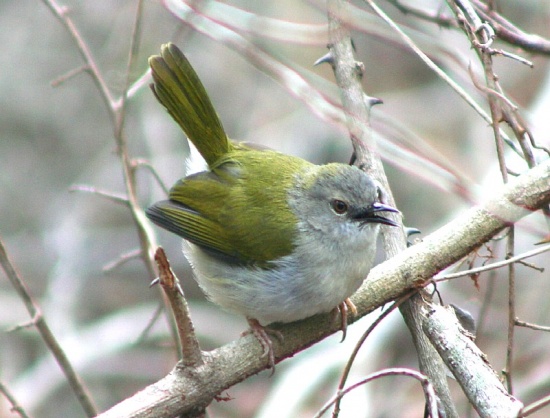 Length 10-11 cm
A small, active, noisy warbler with olive-green wings and olive-green or grey mantle, back and tail. The head is grey and the under parts are white. 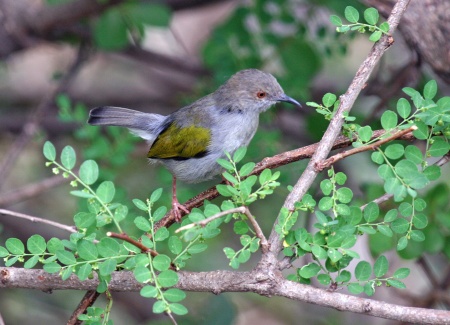 Most of sub-Saharan Africa.

Calls include a loud, snapping bidup-bidup-bidup and a nasal, "bleating" neeehh.

Search for photos of Green-backed Camaroptera in the gallery

Search for photos of Green-backed Camaroptera in the gallery