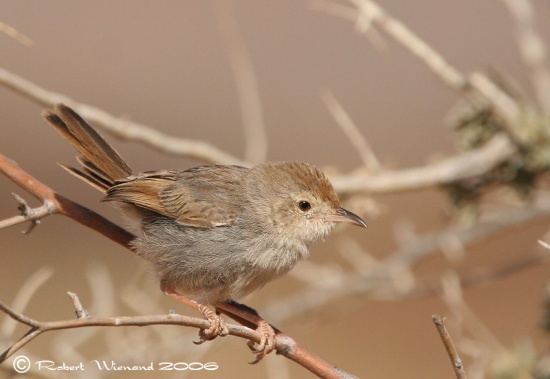 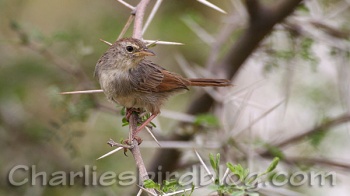 Sexes similar, but juveniles are duller with a yellow face

Shrublands in fynbos, renosterveld and Karoo; drainage lines with large tufts of Bamboo Grass; grassy patches on rocky hills in the Karoo; also shrubby and grassy areas on estuarine flats.

Solitary nester building ball-shaped nests with side entrance out of dry grass and shreds of bark, hairy flower stalks, cobwebs and grass leaves. The clutch of 2 - 5 eggs being laid mainly between August and December.

The call is a soft prrrrt followed by a sharp wheee phweee.

Search for photos of Grey-backed Cisticola in the gallery