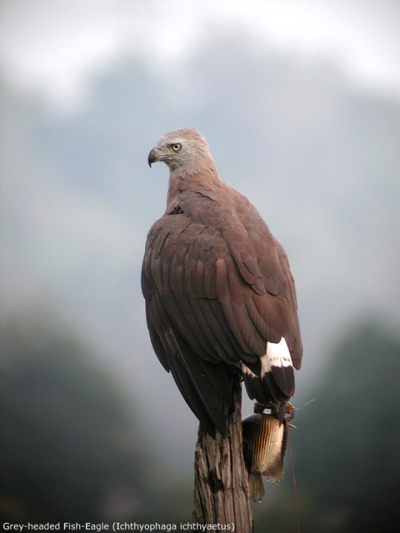 Photo by the late Laurence Poh
near Perak, Malaysia in 2002 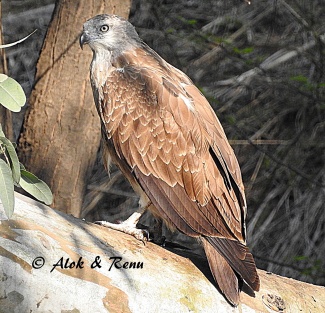 Southern Asia: found in India south of the Himalayas, and Sri Lanka, and from Burma east to northern Vietnam and south through the Malay Peninsula. Also occurs in the Philippines, Sumatra, Java, Borneo and Sulawesi.

Rare in western Java and there are no recent records from the east.

This is a monotypic species[1].
It was formerly placed in the genus Ichthyophaga.

Their diet consists largely of fish, with the addition of some small birds and mammals such as squirrels.

They have been observed walking river edges in the search of fish.

Search for photos of Grey-headed Fish Eagle in the gallery

Search for videos of Grey-headed Fish Eagle on BirdForum TV