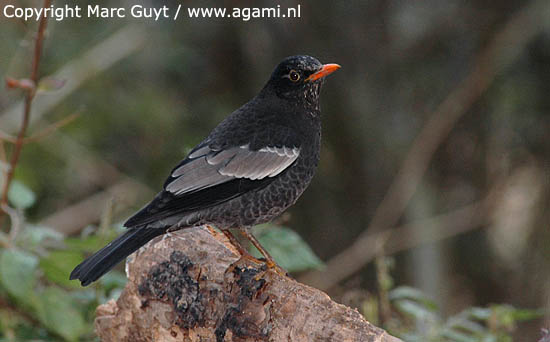 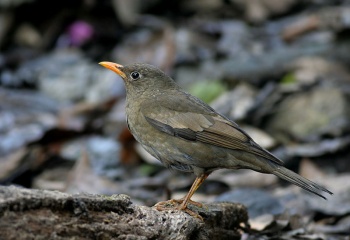 Sometimes males can have white wing-panels.

Found in the Himalayas from North Pakistan to India, Nepal and Bhutan. Also in South China (Yunnan and Sichuan), northern Vietnam and Laos, mountains of Burma and northernmost Thailand. 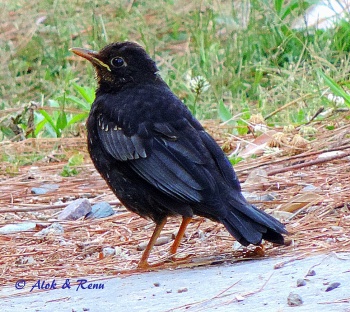 Shy and quick to take flight when disturbed. Hops on the ground in typical thrush fashion.

Breeds from March to August. The nest is a cup of grass, leaves, moss and lichens, placed in a fork of a tree, close to the trunk around 2 to 5 m above the ground. 3 to 4 eggs are laid. 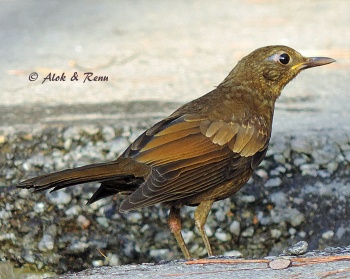 Altitudinal migrant, found in the lowlands in winter, then sometimes in flocks associated with other thrushes.

Search for photos of Grey-winged Blackbird in the BirdForum Gallery

Search for videos of Grey-winged Blackbird on BirdForum TV