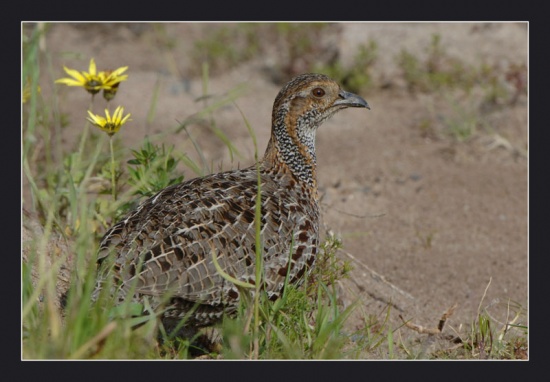 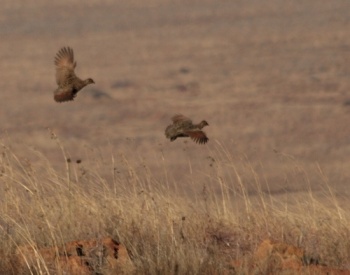 This is a monotypic species[1].
Was considered conspecific with Moorland Francolin, but molecular studies indicate that more closely related to Orange River Francolin, Shelley's Francolin and Finsch's Francolin.
Formerly placed in genus Francolinus.

Generally in pairs in breeding season, and in coveys of up to 20 individuals in winter.

Usually located by call (in the early morning) or when flushed.

Food is mainly small bulbs, with invertebrates being more important when rearing chicks.

Monogamous and territorial. The nest is a scrape in the ground, lined with grass and well concealed under a grass tuft. Four to eight eggs are laid July-December (winter rainfall areas in Western Cape) or August-March (summer rainfall areas).

Search for photos of Grey-winged Francolin in the BirdForum Gallery