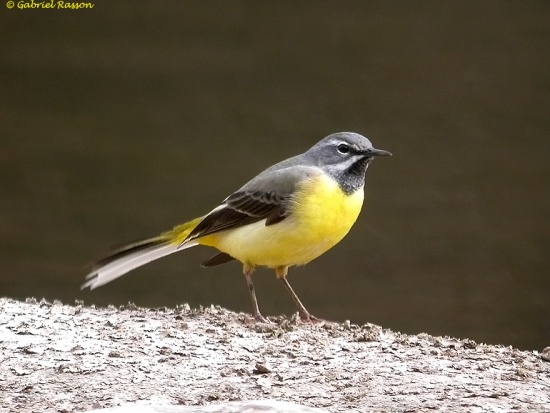 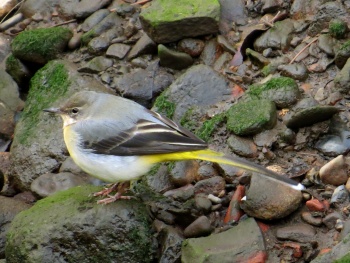 Often confused with Yellow Wagtail by beginners who expect Grey Wagtails from their name to be entirely grey, not partly yellow; Yellow Wagtail differs in having a shorter tail, and being greenish-yellow above, not grey. Its call is also very different, and habitat differs, mainly being a bird of wet lowland meadows, rarely by upland streams. Citrine Wagtail is more similar with its grey back, but differs in having an all-yellow (male) or yellow and greenish-yellow (female) head. 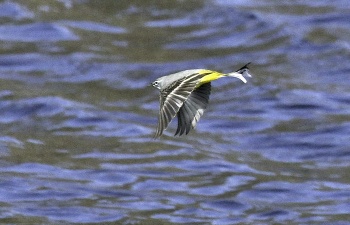 Breeds from Europe, northwest Africa, and most of Asia east to Kamchatka, though absent from northeast Europe and northwest Asia between Sweden (where a recent colonist) and the Urals. In western Europe mainly sedentary, elsewhere migratory, wintering south-west to Gambia, south to Ethiopia, India and south-east to New Guinea. 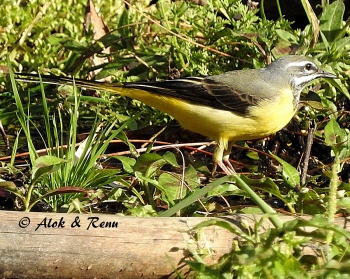 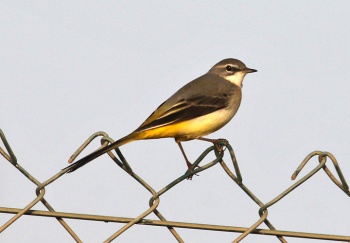 Three to six subspecies are accepted. Clements[1] and IOC[2] accept only three:

Other authorities, including HBW[3], split three additional subspecies from the nominate:

The subspecies differ only slightly, with a small clinal decrease in tail length from west to east. The subspecies on the Atlantic island groups are slightly darker grey above, and more saturated yellow below[3].

Breeds by fast-flowing streams in rocky upland areas; more closely tied to running water than other wagtails. In winter, a little more widespread away from water, including in city centres.

Undulating flight. Often hovers when feeding in tree canopies and over water.

The nest is built in rock crevices, often next to (or even behind) a waterfall.

Call: a sharp tzt-tzt, much more incisive and harder than White Wagtail.
Song:

Search for photos of Grey Wagtail in the gallery