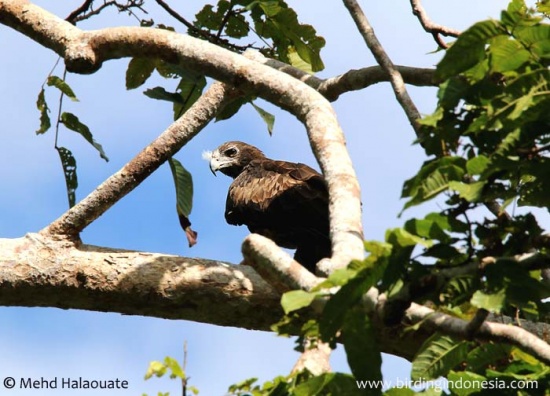 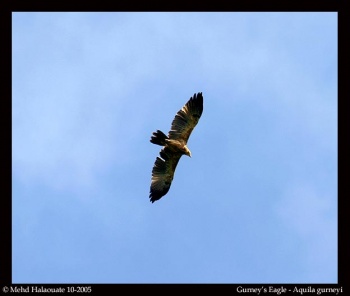 New Guinea, the Aru Islands and northern Maluku (Moluccas). Recorded in the Cyclops Mountains, on Biak Island and the Vogelkop Peninsula in Irian Jaya and near Vanimo in Papua New Guinea.

Solitary or in pairs, occasionally in threes, but this thought to be family groups

Small mammals, such as cuscus and woodland possums. Forages by soaring low over the forest canopy and open spaces. Is known to use thermals along cliff edges and hillsides.

They are known to build a large stick nest high in a tree, but little other information is available.

Search for photos of Gurney's Eagle in the gallery