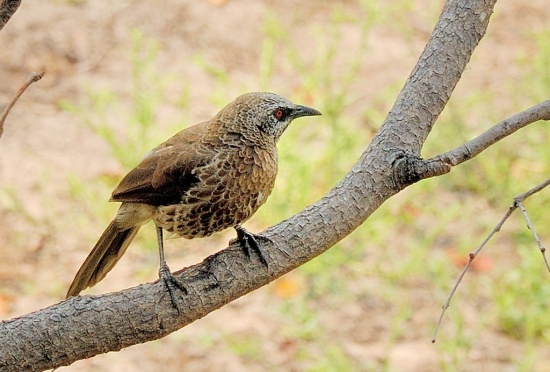 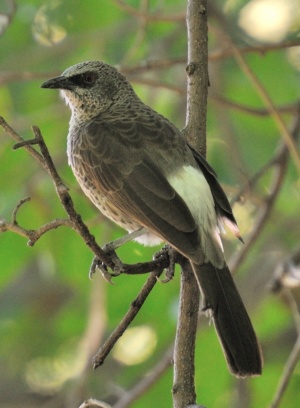 Griseosquamata is paler than the nominate.

Africa: Rwanda, Democratic Republic of Congo, Zambia, Tanzania, Angola, Botswana and Namibia.
Common or even abundant in parts of its range.

May form a superspecies with White-rumped Babbler.

The described subspecies ater is considered to be a synonym for the nominate subspecies.

Feeds mainly on invertebrates, foraging mainly on the ground.
Usually seen in pairs or in noisy groups of 5 - 15 birds. Often in mixed flocks with Arrow-marked Babbler.

Breeding season from July to October in Angola, March in Tanzania, April to May and October to February in Zambia. Co-operative breeder with a permanent territory. The nest is an untidy bowl made of grasses, dry leaves and thin roots. It's placed about 3m high in a bush, a low tree or among dense tufts of reeds and sedges. Lays 2 - 4 eggs.

Resident species with some rain-related movements.

Search for photos of Hartlaub's Babbler in the gallery