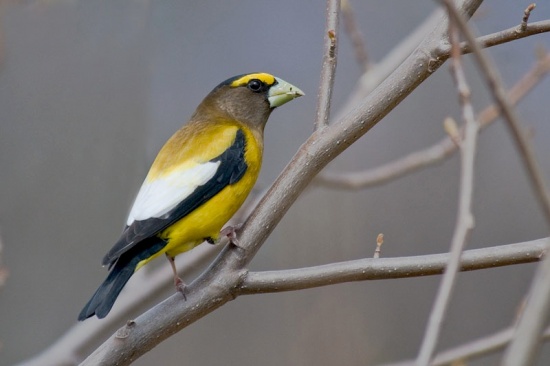 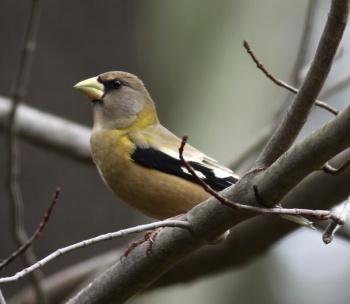 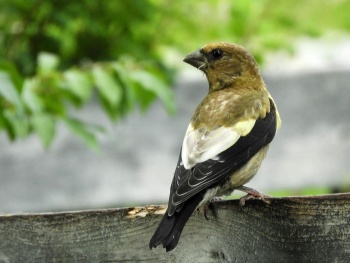 Western birds on average are longer-billed, have narrower yellow on forehead, and different calls. 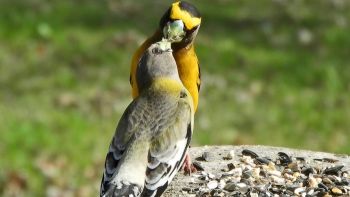 Canada and the western mountainous areas of the United States and Mexico.

The migration of this bird is variable; in some winters, it may wander as far south as the southern U.S.
The range of this bird has expanded far to the east in historical times, possibly due to plantings of Manitoba maples and other maples and shrubs around farms and the availability of bird feeders in winter.

A large finch. Some authorities now place this species in Coccothraustes[1], the same genus as the Hawfinch of Eurasia.

The breeding habitat is coniferous and mixed forest.

These birds forage in trees and bushes, sometimes on the ground. They mainly eat seeds, berries and insects. Outside of the nesting season, they often feed in flocks. Sometimes, they will swallow fine gravel for the salts.

The nest is built on a horizontal branch or in a fork.

Search for photos of Evening Grosbeak in the gallery