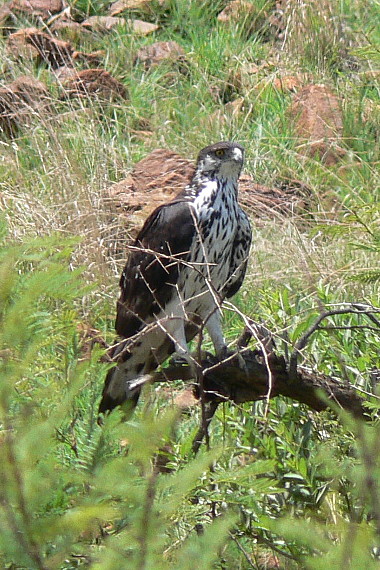 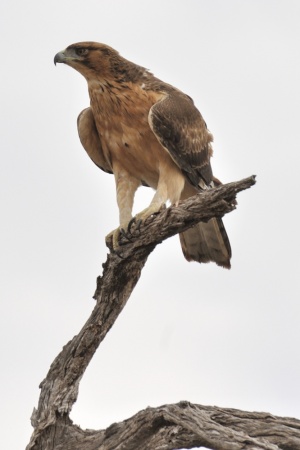 Juvenile
Photo © by charelli
Botswana, May 2018

Immature: deep buff below and on underwing coverts with narrow dark band along the rear of the coverts, fine barring on tail and flight feathers, which both lack a terminal band.

Bonelli's Eagle shows a white patch on the mantle; in the adult bird, flight feathers should be dusky with a broad black trailing edge (only overlaps in very northern parts of the range of African Hawk Eagle). 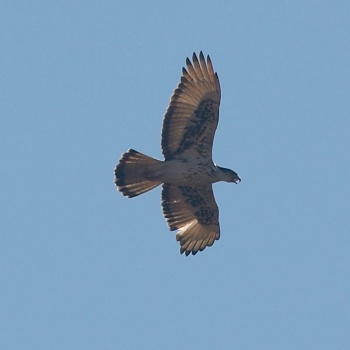 African Hawk-Eagle has been split from Bonelli's Eagle. Both were formerly placed in genus Hieraaetus.

This bird prefers acacia scrub in rocky areas at low to medium elevations. They especially favour wooded water-courses in such areas.

Feeds on mammals such as the African Hare along with gamebirds eg guineafowl or francolins.

Nests in trees or on cliffs and tends to perch conspicuously in trees.

Search for photos of African Hawk-Eagle in the gallery