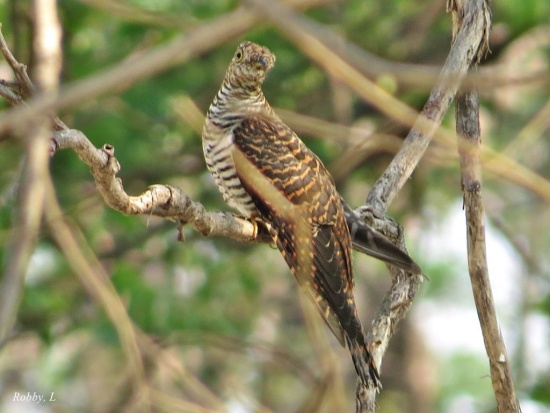 Found in the southern Himalayas from Kashmir trough India, Nepal, Assam and to Burma, Thailand and southern China and Taiwan.
Winters to Malaysia, the Philippines to Indonesia, New Guinea and Australia.

This is a monotypic species.
It was formerly considered conspecific with Oriental Cuckoo and Sunda Cuckoo.

Found in forests, open wooded areas and orchards. Occurs at 1500 - 3300m in the Himalayas.

Breeding season May to June in Kashmir. A brood parasitic. Host species are small warbler of the genera Seicercus and Phylloscopus, e.g. Western Crowned Warbler or Blyth's Leaf Warbler.

The following search may also produce pictures of Oriental Cuckoo and Sunda Cuckoo:

Search for photos of Himalayan Cuckoo in the gallery