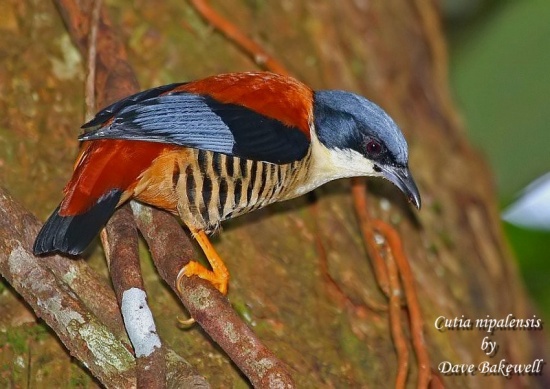 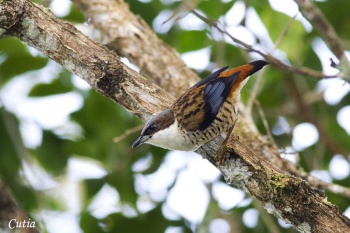 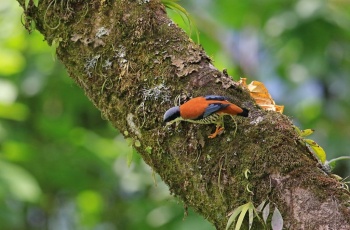 It was formerly considered conspecific with Vietnamese Cutia.

Feeds on insects, larvae, pupae, gastropods, insect eggs, seeds and berries. Seen to feed on pine cones.
Outside breeding season in small groups of up to 12 birds, also in bird-waves. Creeps along tree trunks and branches like a nuthatch. Slow movements are typical.

Breeding season April to May in Bhutan, May to June in Nepal, March to June in southeast Asia. The nest is an open cup made of pine needles and moss, placed at base of a pine branch against the trunk, 3 to 3.5m above the ground, sometimes up to 20m in a broadleaf tree. No other information.

Search for photos of Himalayan Cutia in the BirdForum Gallery