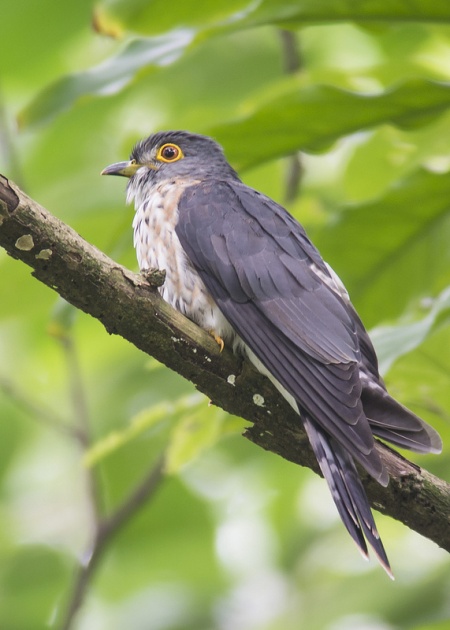 Breeds from Nepal to the eastern Himalayas and Burma, Thailand, Vietnam and Hainan (China).
Winters south to Sumatra, Java and Borneo.
Rare in Nepal, uncommon in the rest of its range. 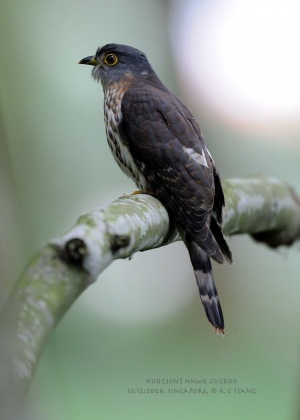 This is a monotypic species.[1]
It was formerly considered conspecific with Malaysian Hawk-Cuckoo, Philippine Hawk-Cuckoo and Northern Hawk-Cuckoo.
Some authorities view Hodgson's Hawk-Cuckoo as belonging to genus Cuculus.

Found in deciduous semi-evergreen and evergreen forest. Also in secondary forest, bamboo thickets and plantations. Breeds from 600 to 1800m in India, up to 1000m in Burma.

Search for photos of Hodgson's Hawk-Cuckoo in the gallery