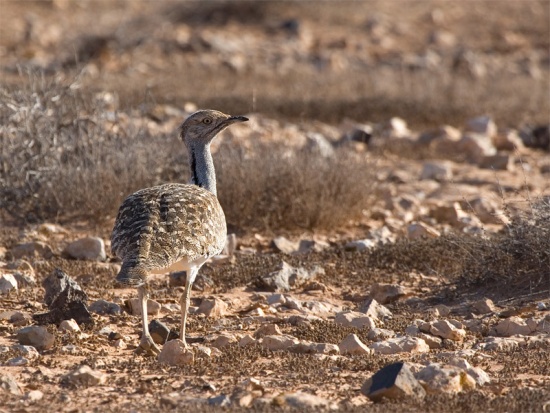 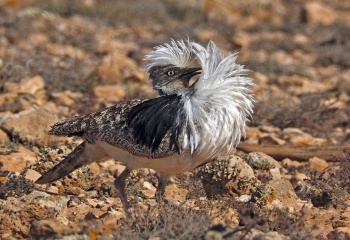 In flight, the long wings show large areas of black and brown on the flight feathers
Sexes are similar, the female being smaller and greyer above.

It is slightly smaller and darker than Macqueen's Bustard.

Ground-nesters, the clutch consisting of 2-4 eggs.

They have a very varied diet which includes plant material such as seeds, fruits and shoots, also insects and other small creatures.

They are virtually silent.

Search for photos of Houbara Bustard in the gallery

Search for videos of Houbara Bustard on BirdForum TV