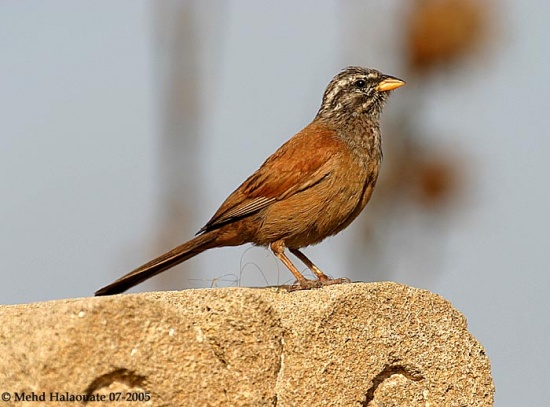 The clutch consists of 2-4 eggs which is laid in a nest built in a hole in a wall or building, on light fittings inside shops, etc. Incubation is 14 days.

The diet consits mostly of seeds, however insects are fed to the young.

Search for photos of House Bunting in the gallery