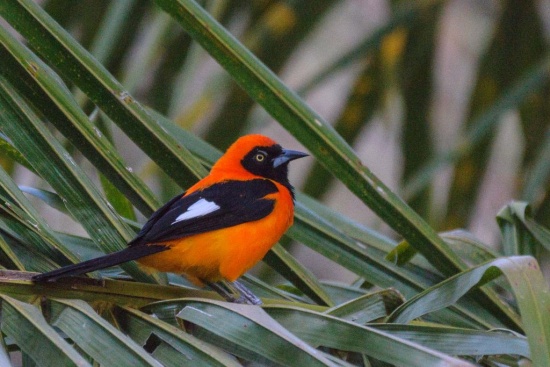 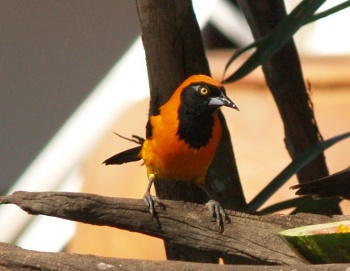 Juvenile has the orange areas cold yellow or yellowish-green.

Guyana, Brazil, Peru, Bolivia, and northern Argentina. Restall1 does not describe it from Suriname or French Guiana but has question-marks in the nearest parts of Brazil in the range maps.

Previously considered a subspecies of the Venezuelan Troupial (Icterus icterus), it is now a full species: Icterus croconotus and has 2 races23.

Forest edge and open woodland, mostly near rivers and lakes, also in clearings and secondary woodland.

Their diet consists of nectar, fruit and insects and small invertebrates.

A pirate that takes over nests from other species of birds.

They are believed to be monogamous and solitary breeders.