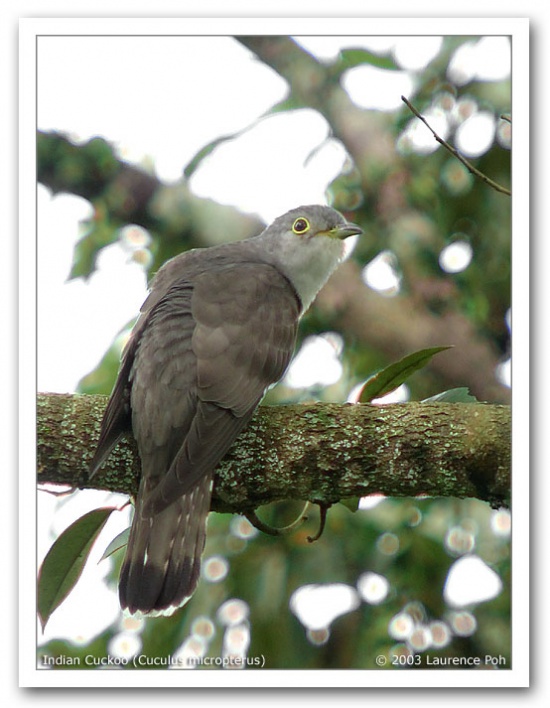 Sexes are similar; juveniles are browner and have broad white tips to the head and wing feathers.

A brood parasite, laying a single egg mostly in the nests of drongos and crows.

Recording by china guy, Sichuan, May 2011

Search for photos of Indian Cuckoo in the gallery