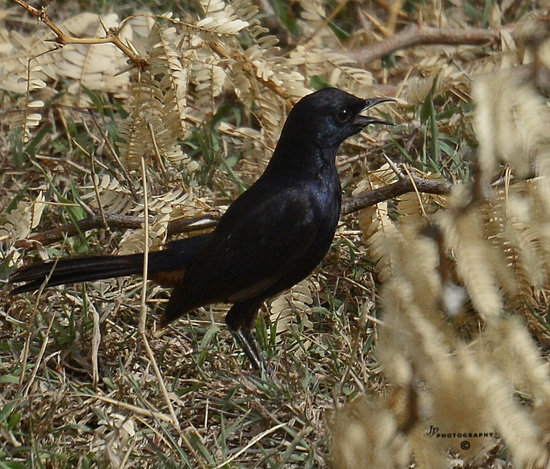 Females are dark grey above and paler below 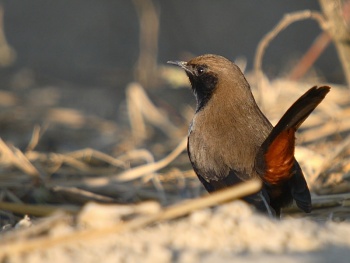 Males of the northern race S. f. cambaiensis have a grey back and crown. 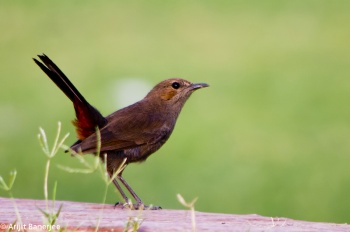 Scrub jungle and other open habitats. 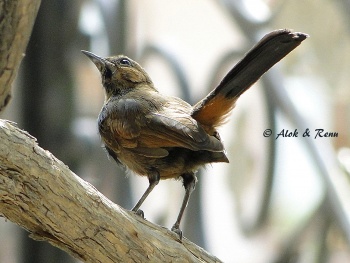 The nest in a hole in a wall, tree-stump or bank. The clutch consists of 2-3 creamy-white eggs which rest on a pad of grass lined with feathers or hair. Only the female incubates the eggs.

Their diet consists of insects such as termites, ants, beetles, flies, caterpillars, grasshoppers, bees and wasps as well as their eggs.

Search for photos of Indian Robin in the BirdForum Gallery

Search for videos of Indian Robin on BirdForum TV