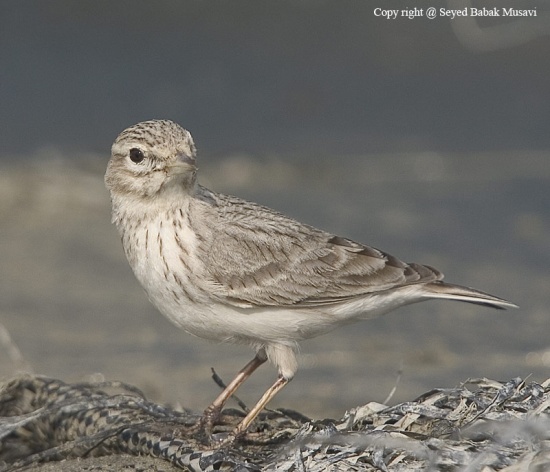 Photo by Seyed Babak Mus
Near the shore in Soorgalm Creek, Iran 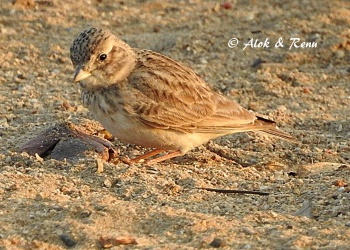 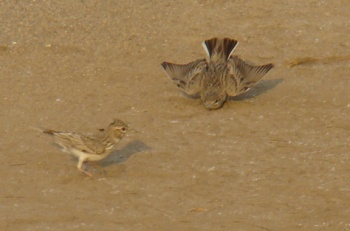 There is little detail known about their diet, but it is known to consist of seeds, invertebrates and all snails.

Nesting Season: February to May. The nest on the ground forming a cup-shaped depression for the eggs; usually at the base of a shrub. It is lined with grass and hair etc. The clutch consists of two or three eggs which have brown freckles on and yellowis or greyish-white background. They, and the young, are cared for by both adults.

Search for photos of Sand Lark in the BirdForum Gallery

Search for videos of Sand Lark on BirdForum TV