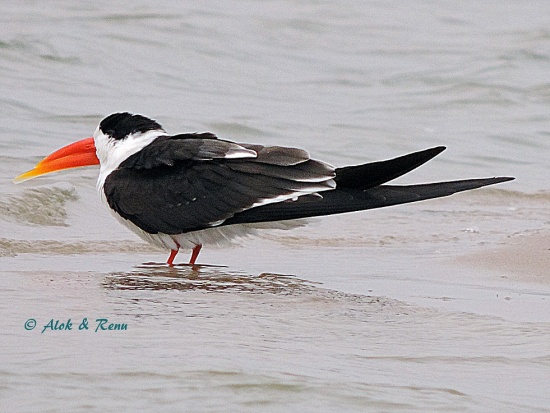 38–43 cm (15-17 inches)
The Indian Skimmer which is also commonly refereed as Scissor Bill has a striking feature which is it's bill. The skimmer has the lower mandible) longer than the upper bill.

Asia: found on the Indian subcontinent and Mekong Delta, Vietnam. 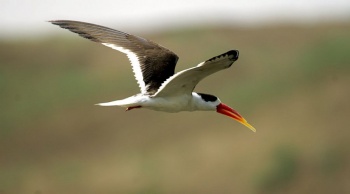 In India it is generally confined to or near the Ganges. But there has been sighting of this bird in the year 2009 , down south in the coastal city called Chennai ( Muthaliar Kuppam ) in the state of Tamil Nadu - Southern India. This has been the first sighting of a live bird down south.

Rivers , lakes and back waters. They prefer very shallow water.

Vulnerable, due to habitat disturbance. 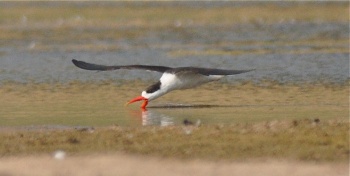 Their diet consists of fish, insect larvae and shrimps. 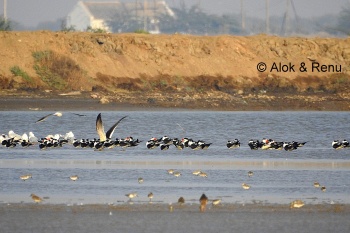 Search for photos of Indian Skimmer in the BirdForum Gallery

Search for videos of Indian Skimmer on BirdForum TV