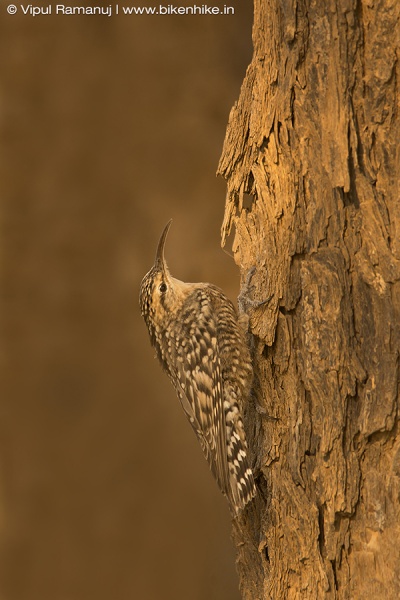 Its plumage is strongly spotted and barred and it has a thin pointed down-curved bill, which it uses to extricate insects from bark; it lacks the stiff tail feathers which the true treecreepers use to support themselves on vertical trees.

This is a monotypic species[1].
Some authorities accept two subspecies[2]:

It was formerly included in Spotted Creeper.

Search for photos of Indian Spotted Creeper in the BirdForum Gallery