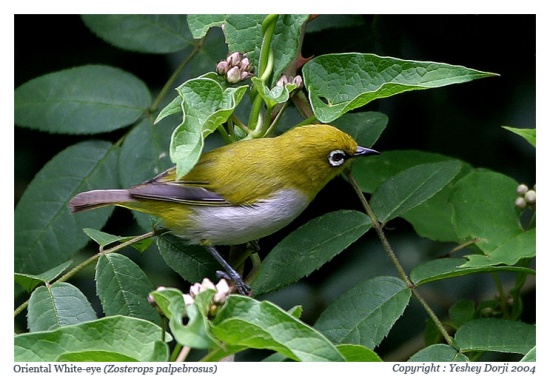 Birds that are completely yellow (including underside) have been reported in the range of the subspecies siamensis. 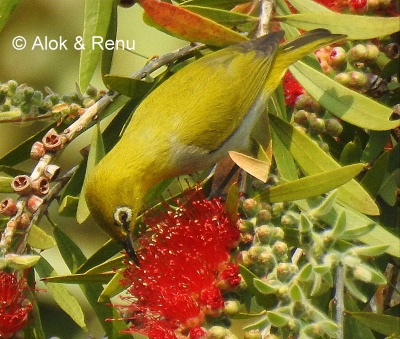 From Afghanistan over Pakistan, India, Nepal, Bhutan, China, Burma to Indochina. Also found on Sri Lanka and the Andamans as well as in isolated populations in Oman (Mahawt Island) and in southern Iran.

This species plus other subspecies were in the past lumped together in the former Oriental White-eye. Indian White-eye includes mostly the subspecies from the western end of that group. 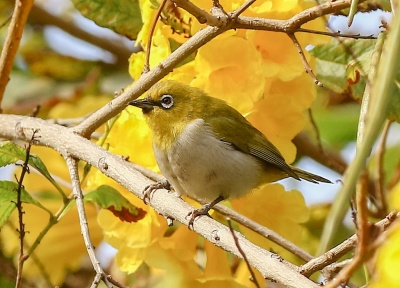 There are seven subspecies1

Common in hill forests and wooded areas, but also occupies forested areas including mangrove down to sea level. In the eastern end of its range it rarely is found in lowland.

Its diet mainly includes insects, but it will also eat nectar and fruits of various kinds.

Search for photos of Indian White-eye in the gallery

Search for videos of Indian White-eye on BirdForum TV