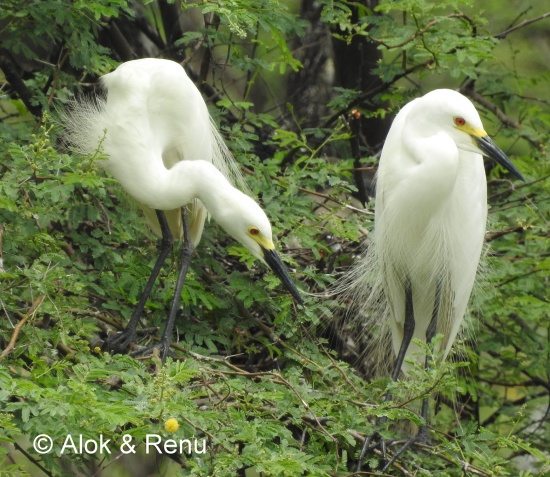 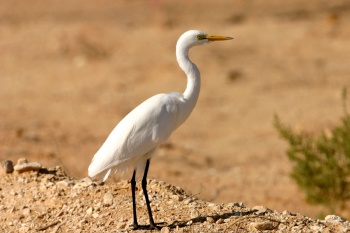 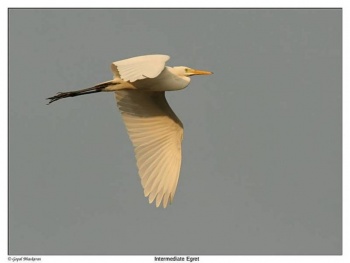 A widespread Old World species.
Found throughout much of sub-Saharan Africa from Senegal to Sudan and south to South Africa but absent from the most arid and densely forested areas.
Also occurs over much of the Indian subcontinent, east to southern China, southern Korea and southern Japan and south to the Philippines. western Borneo, Sumatra and Java. Further east occurs in southern New Guinea and in Australia mainly in the north and east.
Northern Asian birds are migratory, those from Africa merely dispersive.
Recorded as a scarce spring and summer visitor to the Banc D'Arguin in Mauritania, and a vagrant to the Cape Verde Islands, Egypt and at the Dead Sea in Jordan.
In May 2001 the first Intermediate Egret for Europe was recorded in a small wetland close to Rome, Italy, and remained there until August. In Asia vagrants have been recorded north to Sakhalin.
Australian birds may undergo migratory movements and may occur only in New Guinea in winter.
On May 31st, 2006 a dead Intermediate Egret was found on Buldir Island in Alaska's Aleutian Island chain. It constituted the first record for North America.

Which genus this bird belongs to was for a long time not clear, it was placed in Egretta or in Mesophoyx, However, most authorities now agree on Ardea. The Handbook of the Birds of the World Alive now recognizes the three subspecies as full species, Yellow-billed Egret (brachyrhyncha), Intermediate Egret (nominate) and Plumed Egret (plumifera).

There are three recognized subspecies[1]:

Breeds in colonies, often with other species of herons/egrets.

Search for photos of Intermediate Egret in the gallery

Search for videos of Intermediate Egret on BirdForum TV