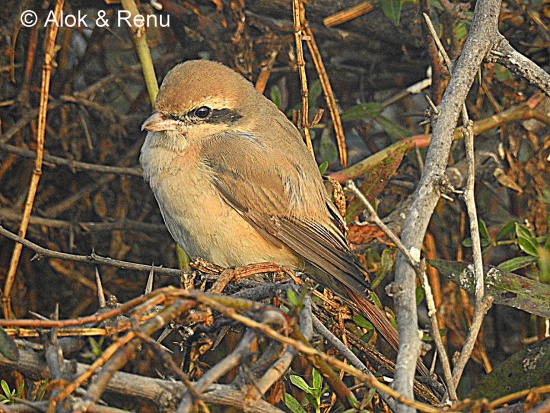 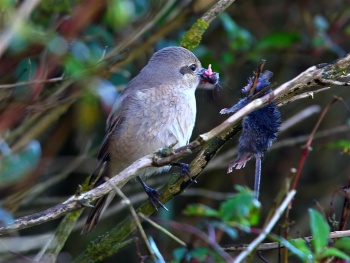 Isabelline Shrike with its larder
Photo © by the late Jim Wood
Shetland, 2010

Central Asia from eastern Kazakhstan and Afghanistan east to Mongolia and western China. Winters in the Sahel region of Africa, the Near East, east to northwestern India. Exact distribution not yet fully determined due to difficulty of separation from closely-related Red-tailed Shrike[1]. 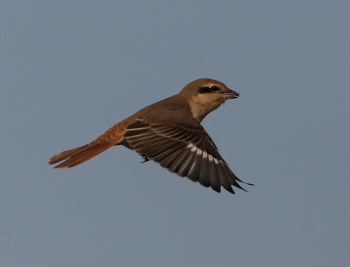 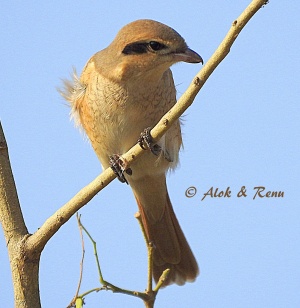 Desert oases, thorn forests, and other scrubby, shrub and woodlands. Also on farmland.

It hunts from a low, exposed perch from which it either glides and hovers to take its prey or drops directly onto it when the prey is below the perch. 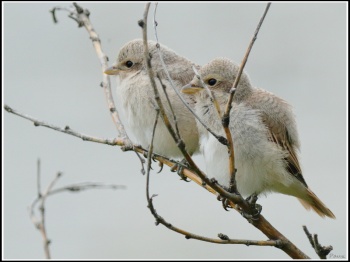 Insects are caught in flight. The bird returns to its perch in order to eat or store its prey; it stores food on spikes (twigs, barbed wire, thorns) for later consumption. It impales small mammals before it consumes it and such prey is tackled by eating the head and limbs first.

A nest of dry grass stems lined with soft grass is build and placed in a tree or bush. The 4-8, usually 5-6, eggs are laid late May – late June and are incubated by the female for 15-16 days, while the male feeds her. Both parents feed juveniles, which fledge at 13-14 days.

Search for photos of Isabelline Shrike in the gallery

Search for videos of Isabelline Shrike on BirdForum TV