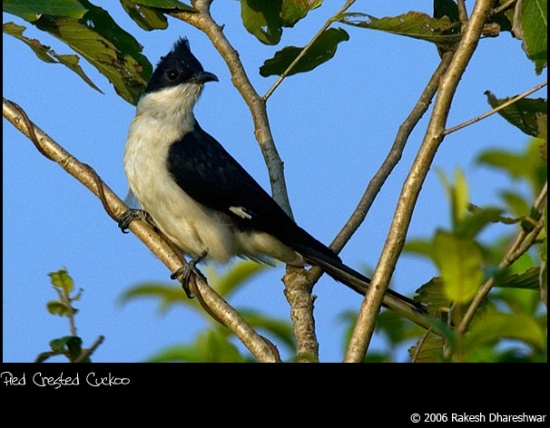 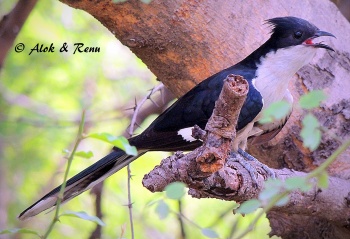 Juveniles are browner above and yellowish-white below.

Found in most of Africa south of the Sahara and on the Indian Subcontinent.
Recorded in Saudi Arabia, Oman and the Seychelles on migration.
Generally common or not uncommon throughout much of its large breeding range. 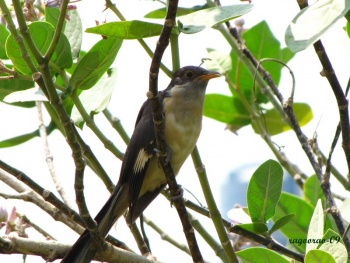 A member of the order Cuculiformes, which also includes the Roadrunners and the Anis.
It is sometimes placed in the genus Oxylophus.

Scrub, wetlands and cultivation. In India mainly in lowlands and hills up to 2000m, in Africa up to 3000m, but mainly below 1500m. 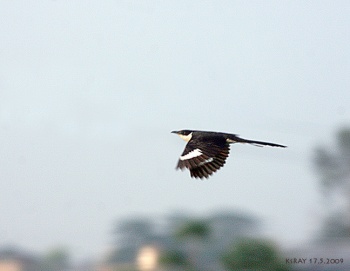 Diet includes a variety of insects and caterpillars. Takes also eggs of host birds and berries.
Forages mainly in trees and bushes, descends also to the ground.

Recording by Alok Tewari
Keoladeo National Park, India, July-2016
Two types of calls/song, long and short given by one individual, sitting on a bough of Acacia tree, on the margin of the wetland. 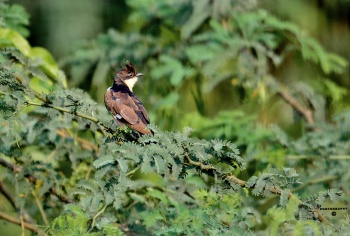 A migrating species. An intra-African migrant, arriving in breeding areas with rains and abundance of food (eg caterpillars). Nominate birds from India winter in East and Central Africa.

Search for photos of Jacobin Cuckoo in the gallery

Search for videos of Jacobin Cuckoo on BirdForum TV