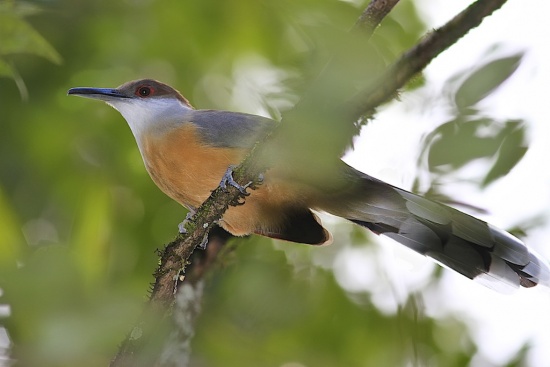 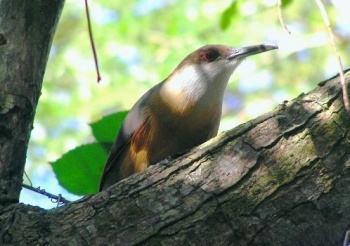 Endemic to Jamaica.
Generally uncommon in its range.

This is a monotypic species which some authorities refer to as Saurothera vetula.
Hispaniolan Lizard Cuckoo and Puerto Rican Lizard Cuckoo have been included in this species.

Tropical evergreen forest, wooded areas and semi-arid country with trees and shrubs. Occurs from lowlands up to 1200m.

Feeds on lizards, caterpillars, locusts and nestling birds.
Forages in middle storey and canopy of forests.

Copulation and courtship recorded in October. The nest is a flat platform made of twigs and lined with leaves. It's placed in a tangle of branches, twigs and bromeliads in a tree.

Search for photos of Jamaican Lizard Cuckoo in the gallery