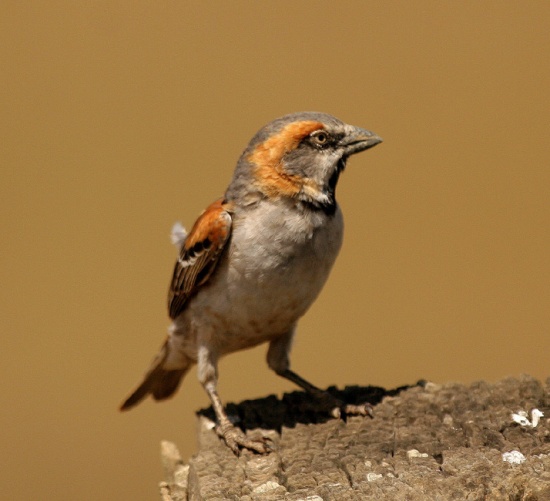 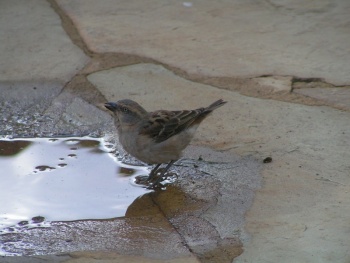 Juveniles are similar to females but they look paler and washed-out.

Highlands of central Kenya south to northern Tanzania.
Common in most of its range.

This is a monotypic species.
It has been considered conspecific with Shelley's Sparrow and Kordofan Sparrow in the past.

Feeds on grain, small seeds and domestic scrap. Nestlings are fed with insects.
Feeds mainly on ground.
Breeds all year, mainly April to June and November to December, coinciding with rains. Breeds solitary. The nest is a dome with a side entrance made of grasses and placed in a tree. Takes sometimes abandonend nests of weavers. Lays 3 - 6 eggs.

Search for photos of Kenya Sparrow in the gallery