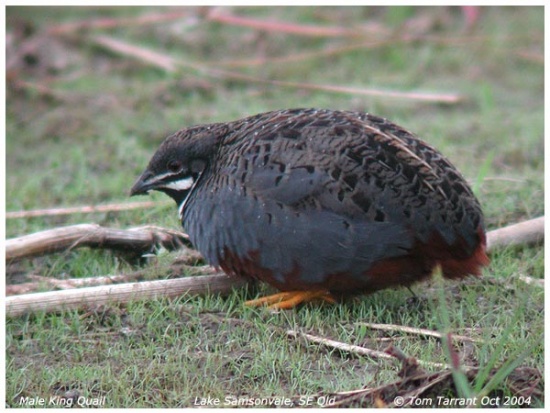 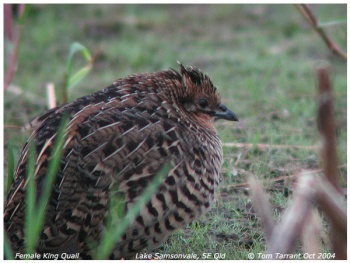 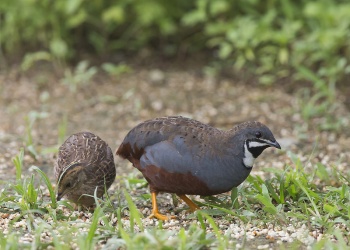 They nest on the ground in grass-lined hollows. The clutch consists of 6-14 eggs, which are olive green to brown and have dark brown spots/blotches. They are incubated for 16-19 days.

They are thought to eat grass seeds, vegetation and small insects such as termites and their larvae.

Search for photos of Blue-breasted Quail in the gallery