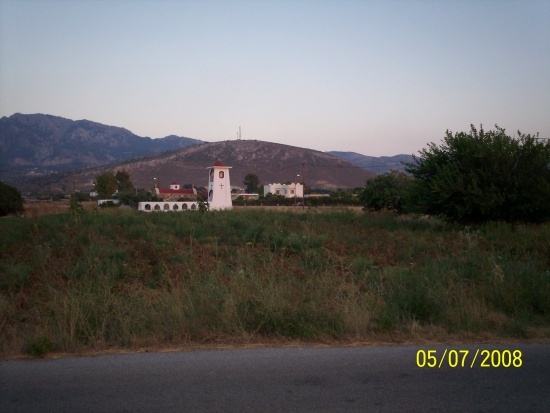 Another Greek island closer to the shores of Turkey, Kos is becoming increasingly popular as a birding destination. There is a well established tourist infra-structure and its positon, like Lesvos, Khios and Samos to the north, makes it ideal for seeing a number of scarce eastern migrants, especially in spring. 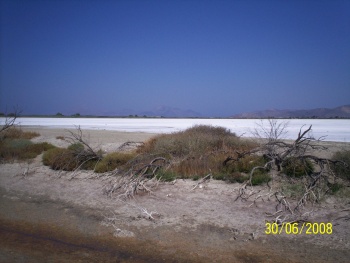 Migrants aside, Kos has a good range of breeding species including Bonelli's Eagle in the mountains of the south and Mt Dikios in particular. Lanner Falcon is a possibility, Black Woodpecker has recently been found here and there are also Lesser Kestrel and Long-legged Buzzard. Chukar Partridge occurs in agricultural areas on Kos. Cape Fokas on the south coast is a breeding site for Blue Rock Thrush and Eleonora's Falcon, and shearwaters can be seen over the sea.

With further exploration Kos is likely to produce a bird list similar to that of Lesvos and rarities such as Slender-billed Curlew have already be recorded several times at Alikes. 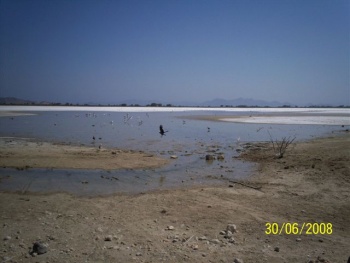 There are few wetland areas of note on Kos, Alikes Lake on the north coast about 10km west of Kos Town, is an area of disused saltpans with reedbeds, marshy areas and open water. Various herons such as Great White Egret and passage waders including Broad-billed Sandpiper are regular here as is Ruddy Shelduck and Greater Flamingo.

Similar species are found at Psalidi, a small lake with reedbeds where Zitting Cisticola nests, 4km to the south-east of Kos Town. Open sandy areas around these wetlands are home to Stone-curlew and Tawny Pipit.

Mt Dikios has pine-covered slopes and can be reached via Zipa. There are good areas for mountain and forest birds around the villages of Zia and Pili high in these hills. Below Pili on the coast is an area of wetlands near Tigaki and the island's only bird reserve. This is another site for Broad-billed Sandpiper and other waders, herons, crakes and passerines including Olive-tree Warbler and Eastern Olivaceous Warbler, Cretzschmar's Bunting and Ortolan Bunting and other migrants. White-breasted Kingfisher is possible and there is an old record of Pin-tailed Sandgrouse for Kos.

There are regular flights to Kos from Athens and the island can also be reached by ferry from Athens, Rhodes and other islands as well as from Bodrum in Turkey. There is plenty of accommodation ranging from the most basic of rooms to luxury hotels and car, moped or cycle hire is easily available. A package deal is a very convenient and inexpensive way to see the birds of Kos.

Content originally posted by Steve, and images by red-rumped swallow