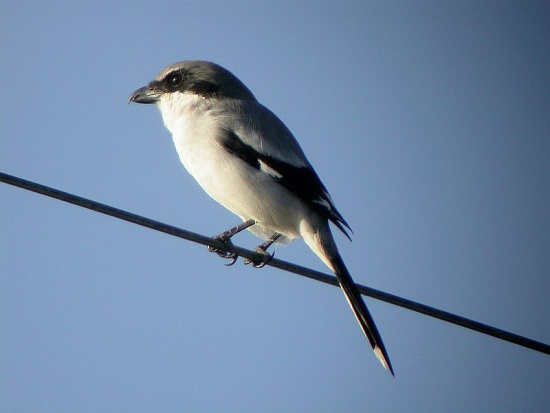 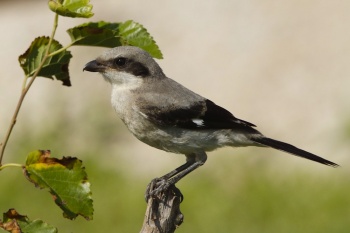 Northern Shrike differs in being slightly larger and longer-tailed, and with the black mask never extending onto the forehead. 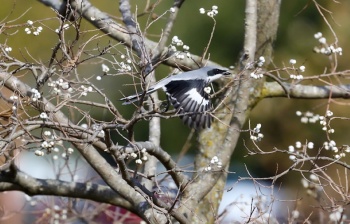 North America (north to south-central Canada) and Mexico. Populations in south, west, and east USA resident, those in north-central USA and Canada migrate a short way south in winter. Canadian and eastern populations declining; no longer breeding in the northeast US, where now a scarce passage visitor.

The subspecies differ mainly in the tone of gray; generally darker in the south of the range and paler in the north, but southern Florida birds also pale.

They nest in a dense tree or shrub. The female lays 4 to 8 eggs in a bulky cup built from twigs and grass.

Search for photos of Loggerhead Shrike in the BirdForum Gallery