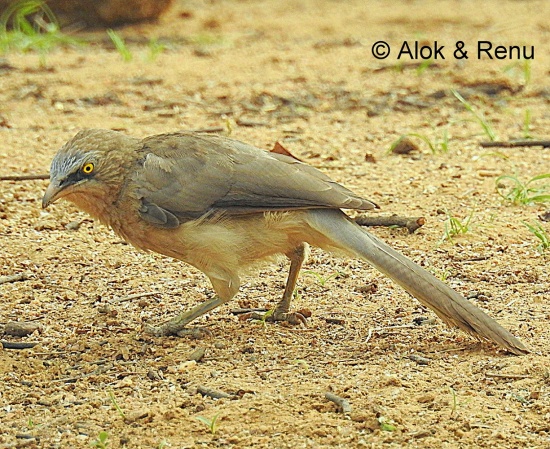 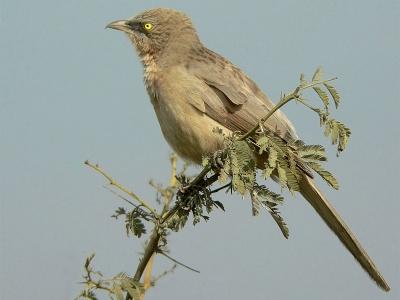 May be confused with Jungle Babbler, but note black lores and silvery forehead. Common Babbler has a dark eye and streaks above.

Endemic to the Indian Subcontinent: northeast Pakistan, extreme southwest Nepal and much of India except the east.


This species is sometimes placed in genus Turdoides.

The species is found in small flocks (usually around 10 birds) which keep in contact with loud nasal calls. Associates with Jungle Babbler. 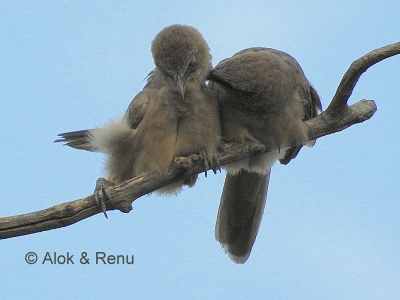 Feeds on insects but may also take grain, seeds and berries.

Breeds all year. Co-operative breeder. The nest is a neat cup, usually built with one or two helpers and made of grass, twigs and roots. It's placed in a bush or a small tree, about 1.2 to 3 meters above the ground. Lays 3 - 8 eggs. This species is parasitized by the Pied Cuckoo.

Search for photos of Large Grey Babbler in the BirdForum Gallery

Search for videos of Large Grey Babbler on BirdForum TV