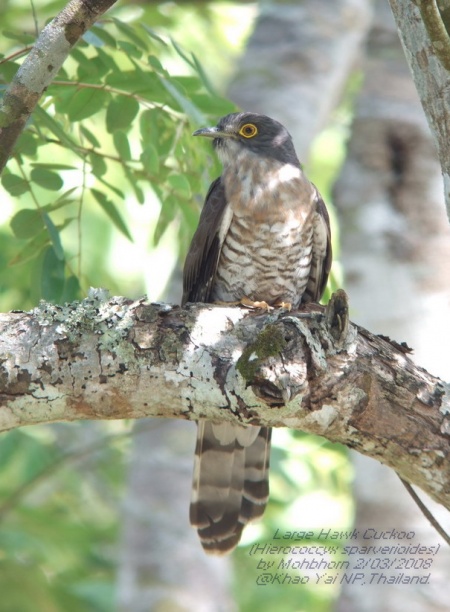 Juveniles have barred rufous and brown upperparts, a grey forehead, a white nape, a rufous and black barred tail and have buff underparts streaked with black teardrops. 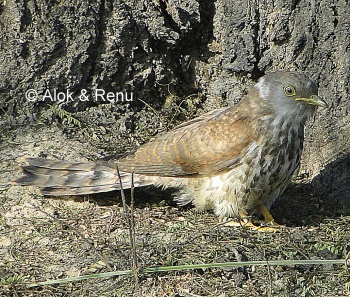 Breeds in the Himalayas from northern Pakistan and India to Nepal and China (Sichuan and lower Yangtze valley), south to Burma, Thailand and Indochina.
Winters from southern India and Bangladesh to Thailand, Malaysia, Singapore, the Greater Sundas and to the Philippines.
Common to fairly common in its range, scarce in Singapore.

This is a monotypic species.
Formerly considered conspecific with Dark Hawk-Cuckoo.
Has formerly been placed in the genus Cuculus.

Found in deciduous and evergreen forests and open forest. On passage and in winter also in mangroves and gardens.
Occurs at 900-2700m in India during breeding season, up to 3000m in Nepal.

Search for photos of Large Hawk-Cuckoo in the gallery