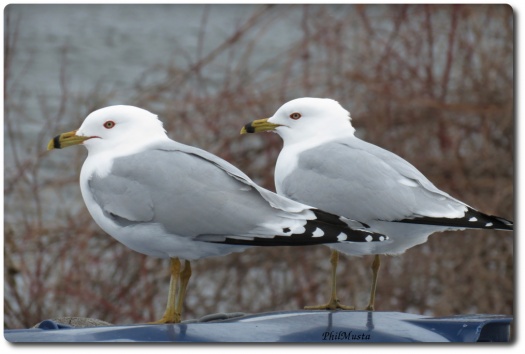 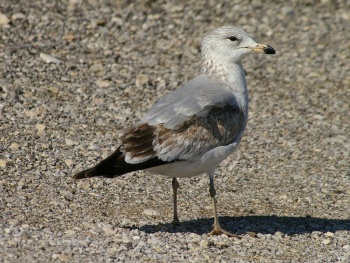 Lakes, rivers and the coast.

They build their nests on the ground. They tend to return to breed at the colony where they hatched. Once they have bred, they are likely to return to the same breeding spot each year, often nesting within a few meters of the last year's nest site. On the breeding grounds, females regularly form same-sex couples. Each member of the pair lays a clutch in the same nest resulting in 5–7-egg "superclutches" fertilized by an obliging male. 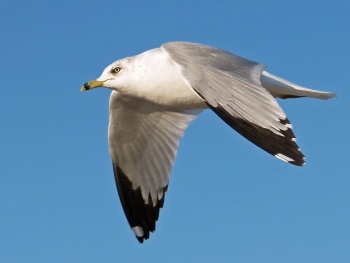 Departes from the breeding colonies in Southern Canada during July and August to wintering grounds in the Southern United States, northern Mexico and the Caribbean.

Search for photos of Ring-billed Gull in the gallery

Search for videos of Ring-billed Gull on BirdForum TV