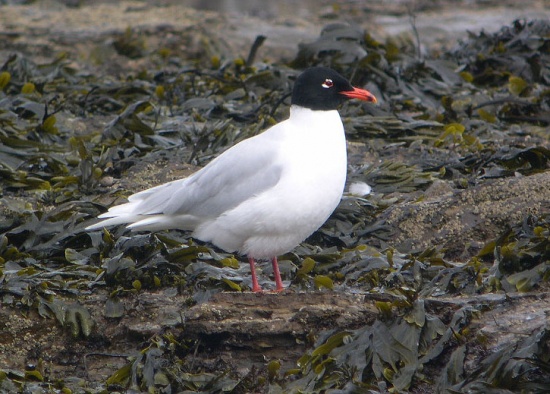 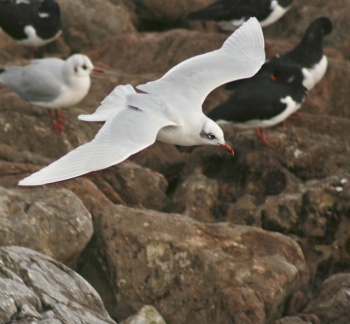 Black-headed Gull is superficially similar at first glance, but the head is dark chocolate-brown rather than black, and the wings have a very different pattern of black and white on the primaries. Relict Gull resembles second-summer Mediterranean Gull in having black marks on the primary tips in adults as well as immatures, but no overlap in distribution is known. Juvenile and first-winters somewhat similar to the same ages of Common Gull but paler, with a whiter underwing, and a white head with dark eye patch. 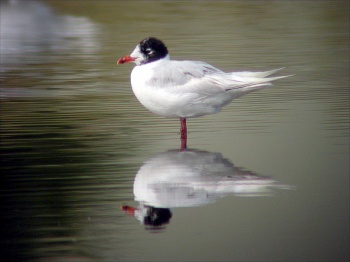 Europe, especially south and central Europe, wintering to north Africa. As a breeding bird almost confined to Europe where breeds in large colonies mainly in the south-east, and in central Turkey. The main colonies (over 300,000 pairs in total) are on the northern Black Sea coasts, chiefly in the Dobruja area of Romania, around the Crimea, and at freshwater lakes in southern Russia, with smaller colonies also in northern Greece and central Anatolia.

With the population increasing and range expanding, breeding is likely to become regular in more areas. Most birds winter in the Mediterranean, where found virtually throughout, largest numbers on coasts of southern France and Spain, Italy, Tunisia and the Nile Delta. Also passes through Straits of Gibraltar to winter off Portugal and north to Britain and also south to Mauritania. Increasingly birds are remaining near to summering areas, especially in northwest Europe.

Vagrant to Finland and Norway, the Azores, Madeira and the Canary Islands, and in Africa south to Senegal on the west coast and Kenya on the east coast.

Along with other species of Ichthyaetus, it was formerly included in genus Larus. In the past, Relict Gull was included in Mediterranean Gull as a subspecies.

After breeding most are coastal, although some feed on grasslands some distance inland

Search for photos of Mediterranean Gull in the gallery

Search for videos of Mediterranean Gull on BirdForum TV